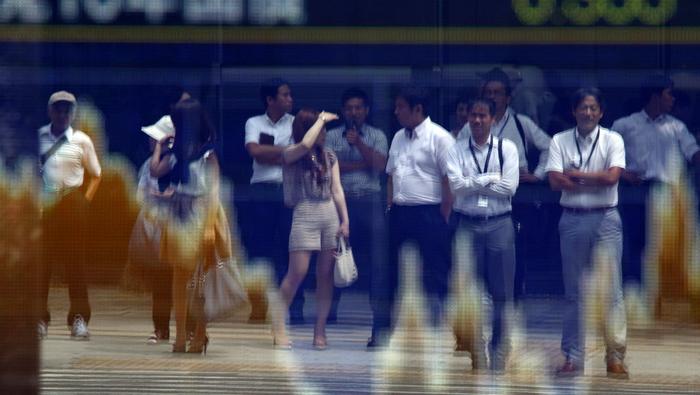 The Dow Jones outperformed the S&P 500 and Nasdaq 100 to start off the new trading week, with the indices closing +0.76%, +0.23% and -0.03% respectively. A rise in energy stocks propelled the relatively cyclically-sensitive Dow Jones. As a sector within the S&P 500, energy shares were the best, gaining almost 3%. The health care sector was the worst, sinking 0.61%.

A 1.48% rise in WTI crude oil prices, which close at the highest since early August, likely benefited energy stocks. Earlier in the day, OPEC released its monthly oil outlook report. The cartel increased the outlook for OPEC crude consumption by 260k barrels per day for 2021. This follows supply disruptions outside of the oil-producing cartel.

Meanwhile, tech stocks took a hit as the Democrats released an updated tax plan which would increase the top corporate tax rate to 26.5% from 21% currently. The proposal also increases the top capital gains tax rate to 25% from 20%. As this would be a form of contractionary fiscal policy, investors likely dumped those assets that seemed the most relatively overvalued in anticipation of the potential hit to company profits.

The rise in the Dow Jones on Monday reversed some of the recent losses seen under a bearish Rising Wedge chart pattern on the daily chart below. This likely reinforced the key 34494 support point, which is the August low. A further upside close from here could open the door to retesting the former floor of the wedge. Otherwise, closing under 34494 would expose the 200-day Simple Moving Average.

Futures tracking equities on Wall Street are pointing cautiously higher heading into Tuesday’s Asia-Pacific trading session. This could set a rosy tone for general market sentiment. Aside from a speech from Reserve Bank of Australia Governor Philip Lowe for the ASX 200, the economic docket is fairly quiet. Markets may also mark time until the highly-anticipated US CPI report crosses the wires during Tuesday’s US session. A higher-than-anticipated outcome may bring forward Fed tapering bets, inducing market volatility.

Nikkei 225 futures may be heading for another record high close, but prices could still be constrained within key resistance between 30345 and 30725. This zone contains the upper wick that was left behind on February 16th. A bullish crossover between the 20- and 50-day Simple Moving Averages (SMAs) offers a near-term upside technical bias.