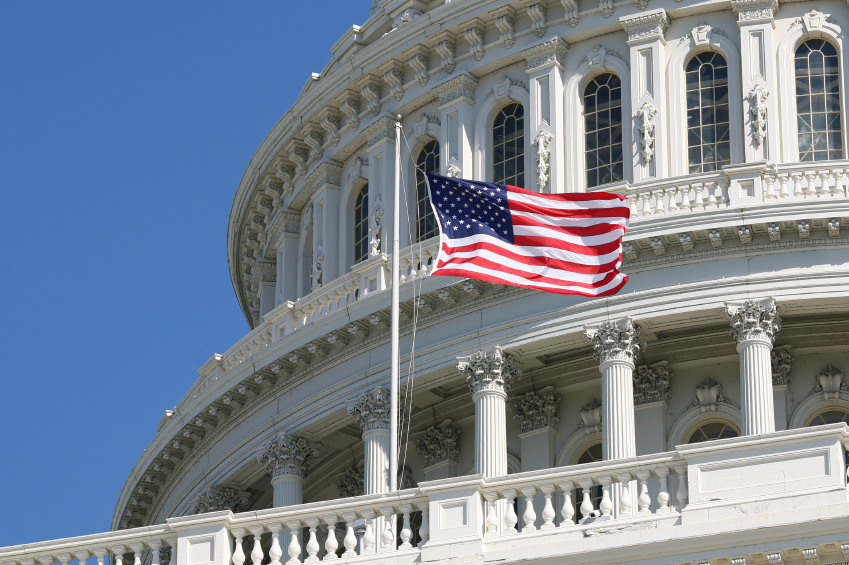 With scant corporate earnings this week, and a modicum of economic data, the major focus of the week will be what happens in Washington and the looming debt ceiling deadline. If there is no resolution to the debt ceiling showdown, we face a potential government shutdown on Friday, October 1. It looks like we will once again be staring down a game of chicken in Washington this week — fingers crossed we once again have a near miss, but it more than likely means kicking the debt ceiling can down the road rather than addressing the issue once and for all.

Hospitals in parts of the U.S. have been pushed past the breaking point due to the sheer number of Covid-19 patients needing treatment, and have been forced to ration care. Last week, Alaska joined Idaho in adopting statewide crisis care standards that give healthcare providers guidance when making decisions on allocating scarce resources. Several hospitals in Montana have been forced to do the same. The guidelines allow providers to allocate care based on the patient’s chances of recovery, and this impacts all patients, not just those with Covid-19.

As of Friday, Alabama, Georgia, Idaho, Kentucky, and Texas ICUs are all above 90% capacity. Alaska, which is seeing its highest rate of Covid-19 infections since the pandemic started, is at 84% and Montana at 77%.

A study of death records across 29 countries that include most of Europe, the U.S., and Chile, found that 27 nations saw life expectancy in 2020 fall to a degree not seen since WWII. Men in the United States experienced the single biggest decline in life expectancy, dropping 2.2 years from 2019, followed by Lithuanian men, with a decline of 1.7 years. The fall in life expectancy in the U.S. for both men and women, which saw a 1.65-year drop, in 2020 is wholly unprecedented in the data going back to 1933.

The big international news over the weekend came from Germany’s election yesterday in which it looks like Olaf Scholz and the Social Democrats are pulling ahead of Chancellor Angela Merkel’s Conservative party in a highly unusual tight election that will decide the future leadership of Europe’s largest economy. So far, the Social Democrats look to have 25.7% versus 24.1% for the Christian Democrats in an early provisional tally and while both are claiming they have a mandate to rule, the Christian Democrats have said they will try to form a coalition.

For those who don’t know, multi-party systems such as the one in Germany and Italy require a majority to rule. How this works out in practice is truly fascinating in that it can mean a tiny party of, say, 5% of the popular vote becomes the most powerful party. How is that possible? Without a sufficient majority, parties need to form coalitions. Sometimes the way the voting percentages break out, a party that has 5% can become the swing party, meaning whichever coalition they decide to go with will be the ruling coalition. This gives them a lot of power in that they can always threaten to leave the coalition and go over to the other side. Why do you care? Because Germany has Europe’s strongest economy, giving it a good deal of influence over the region, which matters given that the European Union has the second-largest economy in the world. The good news is that until it all gets sorted out, Angela Merkel will remain the nation’s caretake chancellor until the new administration is ready to take over.

Things in the UK are getting increasingly tense over gasoline shortages, leading prime minister Boris Johnson to consider using army personnel to get fuel tankers around the country after panic buying has left some gasoline stations empty. BP PCL (BP) said it has run out of the main grades at nearly a third of its stations due to intense demand and a shortage of truck drivers. Reuters reports that up to 90% of British fuel stations ran dry across major English cities today due to panic buying.

But wait, there’s more! Power shortages in China across at least 10 provinces are hampering the nation’s economy as factories vital to global supply chains have been forced to cut production. Factories have been ordered to use less power and some have even had to shut down for a few days. The nation is struggling to meet the central government’s carbon emissions goals, causing a power crunch that could cut GDP by 0.1 to 0.15 percentage points in the third and fourth quarters, according to the investment bank China Renaissance.

Turning to Japan, both the Leading Economic Index and the Coincident Index were slightly lower in July than in August, falling from 104.2 to 104.2 and from 94.6 to 94.4, respectively.

More signs of pricing pressure with Spain’s PPI for August, which rose from 15.6% YoY in July to 18.0% YoY.

Pfizer (PFE) is expected to submit data on the effects of its Covid-19 vaccine on those aged five to eleven to the U.S. FDA this week.

U.S. House of Representatives Speaker Nancy Pelosi has delayed the $1 trillion bipartisan infrastructure bill vote until Thursday, September 30 but remains confident the bill will pass. The House is expected to begin debating the bill today.

If there is no resolution to the debt ceiling showdown in Washington, we face a potential government shutdown on Friday, October 1. Tonight, the U.S. Senate will vote on a debt ceiling suspension and a continuing resolution funding bill, which is expected to fail. According to the Bipartisan Policy Center, without a suspension or raising of the ceiling, the government will be a risk of default between October 15 and November 4.

Later today we will get Durable Goods Orders, the Dallas Fed Manufacturing Index, and hear from some Federal Reserve officials giving speeches.

The S&P 500 and Dow Jones Industrial Average finished 0.2% and 0.1%, higher respectively on Friday while the Nasdaq Composite closed fractionally lower and the Russell 2000 shed 0.5%. The 10-year yield settled higher by five basis points at 1.46%. From a sector perspective, financials, energy, and communication services led the day while real estate, healthcare, materials, and utilities finished the day lower.

After being range-bound for since mid-July 10-year Treasury yields pushed through the top of that range, which had been 1.4%, to close the week at 1.45%. That is materially above the 2021 low of 1.13% back in August but still below the 1.77% high from March. So far, the Bank of England has signaled it could hike rates as soon as November, and Norway implement the first post-pandemic hike in the Group-of-10 currency countries.

Before equity markets open this morning, Jefferies (JEF) will be among the few companies reporting their quarterly results.

Tesla’s (TSLA) Shanghai factory is expected to produce 300,000 cars in the first nine months of the year, capped by a delivery rush toward the end of the September quarter.

Because of the rapidly escalating cost of European energy, effective October 4, Sonoco-Alcore S.a.r.l. (SON) will increase prices by €50 (£50)/ton on all recycled paperboard grades sold in its EMEA regions.

Reports suggest Amazon (AMZN) may begin charging a $9.95 delivery fee for Whole Foods across the U.S.

Earlier today, Alphabet’s (GOOGL) began its appeal to overturn a $5 billion antitrust fine imposed by the European Union. The company’s position is its Android operating system for mobile devices has boosted competition rather than foreclosing it.

iFIT Health & Fitness has launched an IPO of 30.8 million shares with a targeted price range of $18-21 per share.

No companies are expected to report their quarterly results. With only a few days until the close of the quarter, we’ll be on the lookout for September quarter earnings pre-announcements, both good and bad. Those looking to get a jump on the earnings reports in the coming days should visit Nasdaq’s earnings calendar page.

Thought for the Day

“And all at once, summer collapsed into fall.” ~ Oscar Wilde

David Graham: Racing the Clock, Democrats Grasp for a Deal on Biden’s Agenda