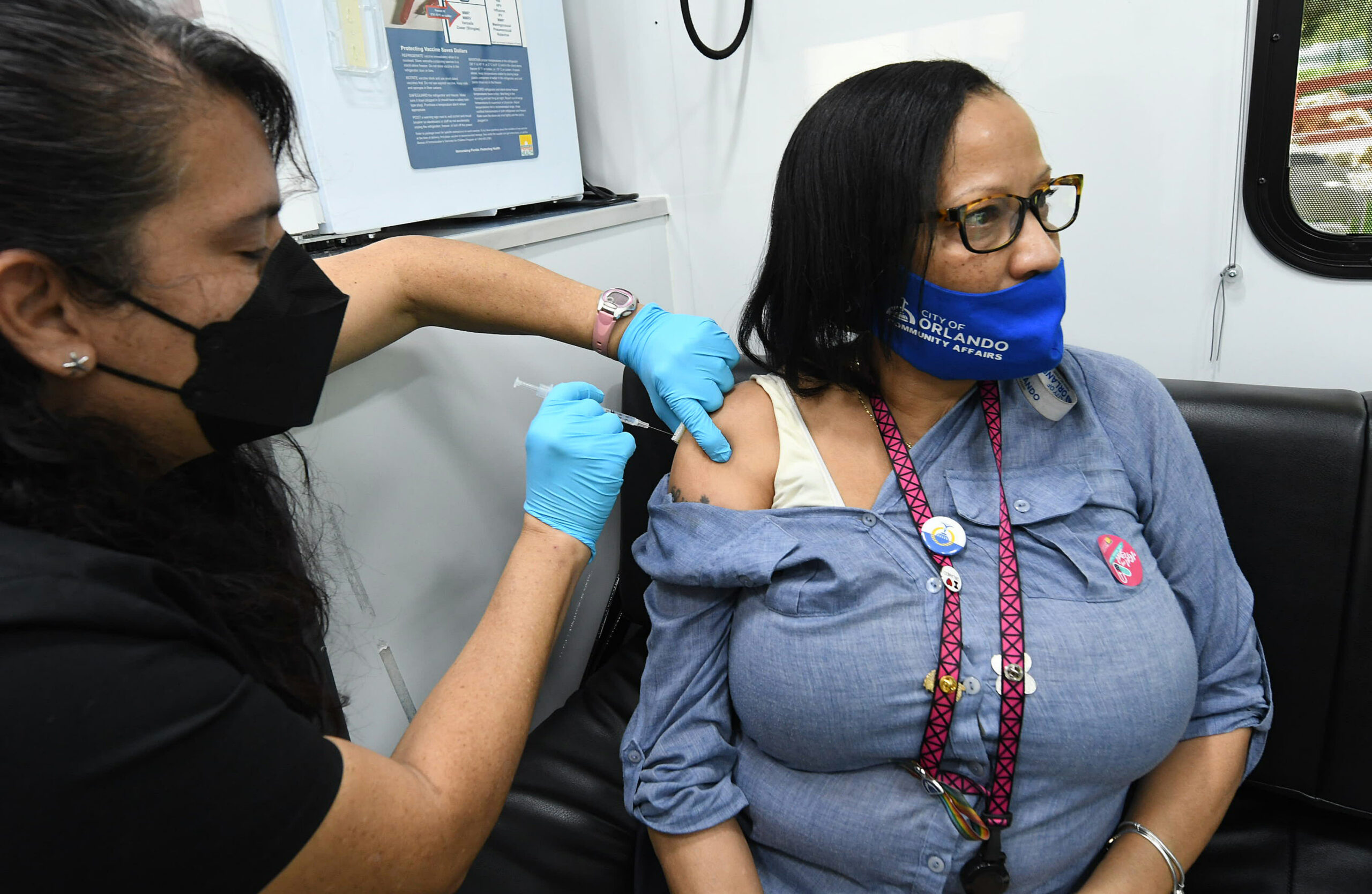 A key Centers for Disease Control and Prevention advisory group voted Thursday to recommend distributing Pfizer and BioNTech’s Covid-19 booster shots to older Americans, nursing home residents and other vulnerable people, clearing the way for the agency to give the final OK as early as this evening.

The agency’s Advisory Committee on Immunization Practices unanimously endorsed giving third Pfizer shots to people 65 and older and nursing home residents in the first of four votes. The panel also recommended third doses for adults age 18 to 64 with underlying conditions. Many of those groups were among the first to get the initial shots in December and January.

The panel struggled over a controversial proposal to give boosters to wide swath of the U.S. population, rejecting the plan by a vote of 9-6. It would have distributed the shots to nursing home staff, people who live or work in prisons and homeless shelters, front-line health employees, unpaid caregivers, and other essential workers, like teachers.

“I mean, we might as well just say just give it to everybody 18 and over,” committee member Dr. Pablo Sanchez said before voting against the proposal.

Lisa Wilson receives a shot of the Pfizer vaccine at a mobile COVID-19 vaccination site in Orlando, Florida.

“Really, we are not allowing healthcare workers, many of whom got vaccinated in back in December, to get a booster? What about teachers in cramped classrooms where masks aren’t required?” she tweeted, adding CDC Director Dr. Rochelle Walensky should overrule the recommendation.

The recommendation doesn’t go nearly as far as President Joe Biden wanted. His administration said it planned to start giving booster shots to people 16 and older this week. While the CDC panel’s recommendation doesn’t give the Biden administration everything it wanted, boosters will still be on the way for millions of Americans who originally received Pfizer’s shots.

The endorsement comes a day after the Food and Drug Administration granted emergency use authorization to administer third Pfizer shots to many Americans six months after they complete their first two doses. While the CDC’s committee’s recommendation isn’t binding, Walensky is expected to accept the panel’s endorsement shortly.

Walensky addressed the committee Thursday before the vote, thanking them for their work and laying out what’s at stake.

“These data are not perfect, yet collectively they form a picture for us, and they are what we have in this moment to make a decision about the next stage in this pandemic,” she said.

Before the vote, some committee members said they worried that widely offering boosters could interfere with efforts to get the shots to the unvaccinated or potentially reduce confidence in the vaccines’ effectiveness. Others were frustrated that only Pfizer recipients would be eligible to get the shots, leaving out millions of Americans who got the Moderna and Johnson & Johnson vaccines.

The vote came at the end of a two-day meeting, where CDC advisors listened to several presentations on data to support the wide distribution of booster shots, including one from a Pfizer executive who displayed data that showed a third shot appears to be safe and boost antibody levels in recipients.

During one presentation Thursday, CDC official Dr. Sara Oliver showed observational studies from Israel, where officials began inoculating the nation’s population ahead of many other countries and started offering third shots to their citizens in late July.

The Israel data has been criticized by at least one FDA official as it is based on so-called observational studies that don’t adhere to the same standards as formal clinical trials.

“We can use the experience from Israel to inform our knowledge of the safety of boosters,” Oliver said, adding the country has only reported one case of a rare heart inflammation condition known as myocarditis out of nearly 3 million third doses administered.

CDC official Dr. Kathleen Dooling said data also suggests a third dose may reduce the risk of severe illness in older adults and people with comorbidities. Potential risks include myocarditis, although this risk is very rare, occurring mostly in males under 30, she said.

“The third dose of Pfizer-BioNTech Covid-19 vaccine appears to have similar reactogenicity as the second dose,” she added.

The topic of who should get boosters and when has been a contentious topic among the scientific community since the Biden administration last month outlined its plan to widely distribute them.

In a paper published days before an FDA advisory meeting last week, a leading group of scientists said available data showed vaccine protection against severe disease persists, even as the effectiveness against mild disease wanes over time. The authors, including two high-ranking FDA officials and multiple scientists from the World Health Organization, contended in the medical journal The Lancet that widely distributing booster shots to the general public is not appropriate at this time.

In outlining plans last month to start distributing boosters as early as this week, Biden administration officials cited three CDC studies that showed the vaccines’ protection against Covid diminished over several months. Senior health officials said at the time they worried protection against severe disease, hospitalization and death “could” diminish in the months ahead, especially among those who are at higher risk or were inoculated during the earlier phases of the vaccination rollout.