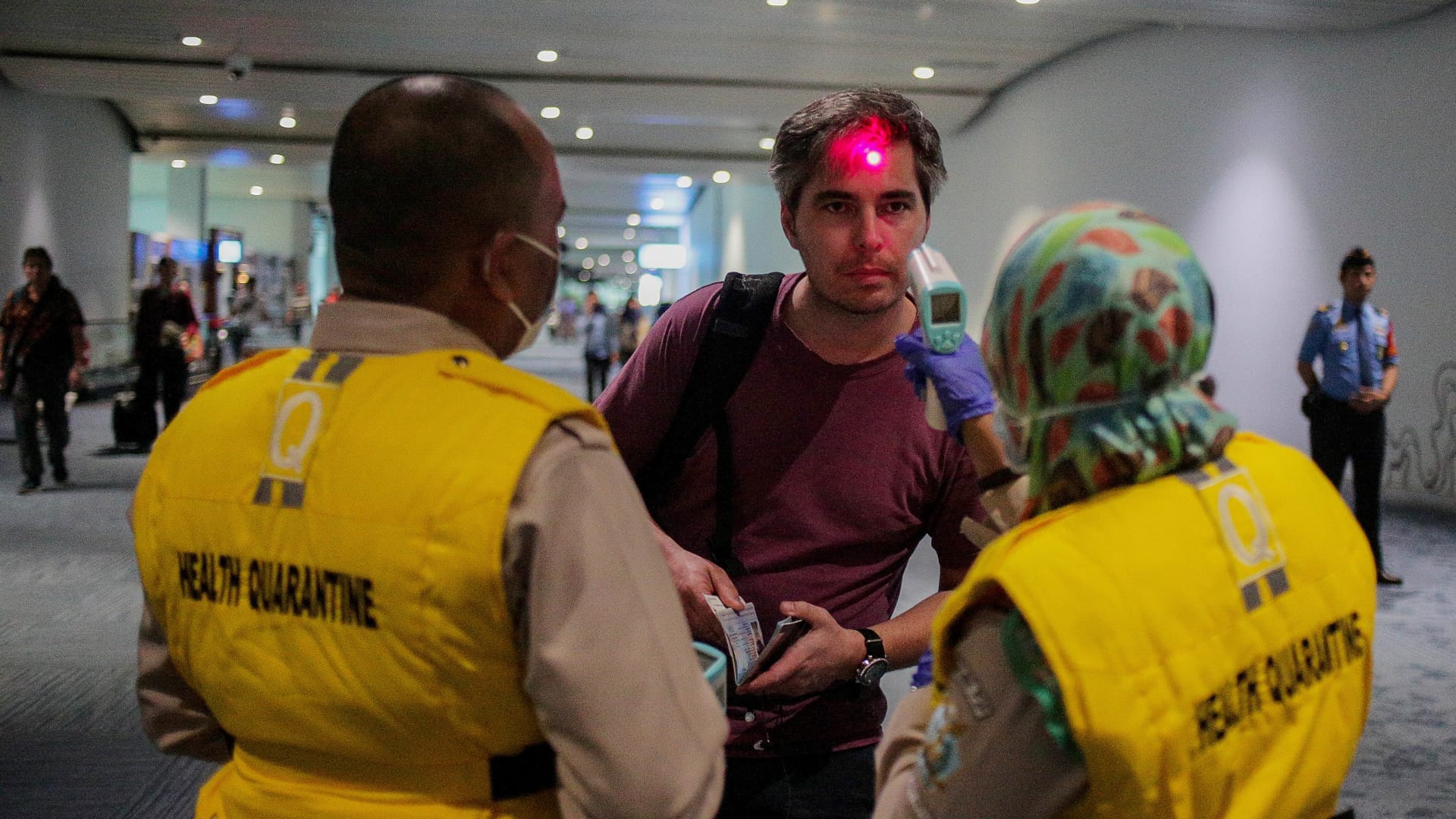 Health officer uses a thermal head to detect a monkeypox virus on arriving passengers at Soekarno-Hatta International Airport in Tangerang near Jakarta, Indonesia on May 15, 2019.

U.S. health officials late Wednesday confirmed a case of the monkeypox virus in Massachusetts, the first to be reported across the nation this year.

The Centers for Disease Control and Prevention and Massachusetts health officials are investigating a case, which was identified in a man who recently traveled to Canada.

The patient is hospitalized and in “good condition,” and officials are working to find people who may have been in contact with him while he was infectious, the Massachusetts Department of Public Health said. The department emphasized that the case poses no risk to the public.

Monkeypox is “a rare but potentially serious viral illness” that begins with flu-like symptoms and the swelling of lymph nodes, according to Massachusetts officials. The infection eventually progresses to include a rash on the body and face and typically lasts two to four weeks.

Last year, Texas and Maryland each reported a case in people who had recently traveled to Nigeria, according to the Massachusetts officials.

More cases have emerged globally during the last two weeks, including in Portugal, Spain and the United Kingdom, the CDC said. It is unclear how people in those countries were exposed to monkeypox, but the agency noted that cases include individuals who self-identify as men who have sex with men.

The CDC urged clinicians to look out for patients with rash illnesses consistent with monkeypox, regardless of their sexual orientation or whether they have traveled. People suspected of having the virus should be isolated in a negative pressure room — spaces used to isolate patients — and staff should wear appropriate personal protective equipment around them, according to the agency.

“Many of these global reports of monkeypox cases are occurring within sexual networks. However, health-care providers should be alert to any rash that has features typical of monkeypox,” said Inger Damon, director of CDC’s division of high-consequence pathogens and pathology, in a statement.

“We’re asking the public to contact their health-care provider if they have a new rash and are concerned about monkeypox,” Damon added.

The CDC said the virus can spread through contact with body fluids, the sores of a person with monkeypox and shared items that have been contaminated with the virus. Monkeypox can also spread through respiratory droplets in a close setting, such as the same household, the agency said.