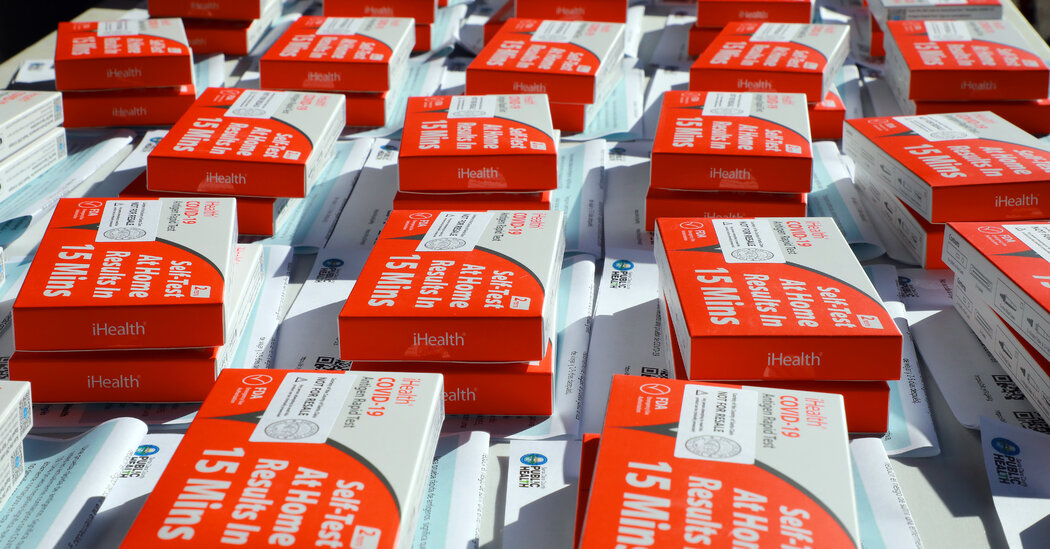 Federal health officials on Thursday warned of potentially dire consequences to the U.S. coronavirus testing supply later this year if lawmakers do no

Federal health officials on Thursday warned of potentially dire consequences to the U.S. coronavirus testing supply later this year if lawmakers do not replenish funding for the federal pandemic response, leaving the nation at risk of shortages and more dependent on foreign manufacturers.

Dr. Ashish K. Jha, the White House’s Covid-19 response coordinator, described at a White House briefing the consequences of repurposing Department of Health and Human Services funds meant for manufacturing capacity and the tests themselves in order to pay for more vaccines and Covid-19 treatments.

That move came after talks in Congress about funding more of the federal pandemic response stalled, leaving federal health officials with nowhere else to look to fund other critical parts of the response, they said. The White House has asked Congress for $22.5 billion in emergency pandemic aid, but Republicans called for less than half that figure — $10 billion.

“We’re looking under every couch cushion to see what is available,” Dawn O’Connell, the assistant secretary for preparedness and response, said at the same briefing, adding that the administration could not guarantee that it would be able to purchase more vaccine doses for later in the year.

Dr. Jha said he had repeatedly warned lawmakers of the financial crunch.

The shuffling of $10 billion in health department funds this week, Dr. Jha said, could compromise commitments the United States needs to make to test manufacturers if the nation wants to maintain a consistent supply, particularly during a possible surge in the fall and winter.

“The U.S. government put in a lot of effort and resources into building up that domestic manufacturing,” he said. “And what we’re seeing is, day by day, week by week, that beginning to go away.”

As of Wednesday, new confirmed cases in the United States have been roughly flat at around 110,000 a day on average over the past two weeks, according to a New York Times database, after rising from lower than 30,000 a few months ago. Infections, though, are thought to be widely underestimated. Death counts have been volatile in recent weeks but remain below 400 per day on average.

Manufacturers that have been authorized by the Food and Drug Administration still had formidable capacity to produce tests this month, according to data collected by Mara Aspinall, an expert in biomedical diagnostics at Arizona State University who is on the board of OraSure, which makes coronavirus tests. Those producers could make 402 million rapid at-home tests this month, down from a peak of 535 million in February, according to figures she published on May 25.

President Biden was criticized over the winter for what health experts said were insufficient at-home test purchases last summer and fall, leading to long lines and pharmacy shortages during the brunt of the first Omicron wave. Mr. Biden pledged to provide a billion free at-home tests to Americans in the winter, and his health department required private insurers to cover eight free at-home tests for American households each month.

But Dr. Jha said that without more funding, the administration would not be able to sustain production. Companies were already laying off workers and shutting down production lines, he said.

The White House, he added, could become more dependent on tests from foreign manufacturers, including some in China. The United States has become increasingly reliant on the California company iHealth, the maker of a popular at-home test, and its Chinese manufacturer.

“For us to lose this capacity again and then be forced to ramp up by hook or by crook in the coming months, with a potential variant coming,” she said, “you know, it’s just not a good place for the country to be.”