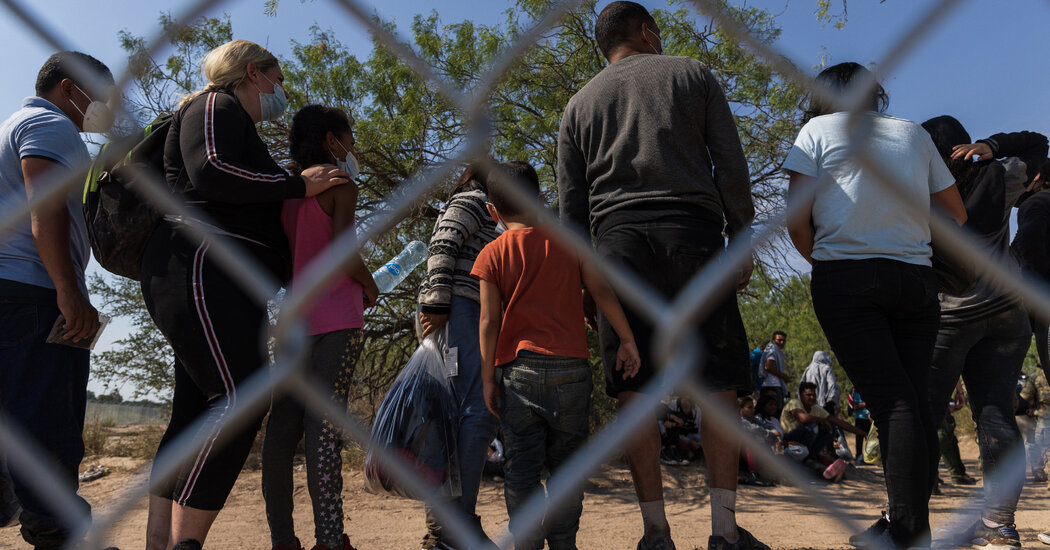 U.S. to Begin Allowing Migrants to Apply for Asylum Under a New System

WASHINGTON — The Biden administration will begin to allow certain migrants to ask for asylum as they arrive at the southwestern border at the end of the month, even as it continues to use a pandemic-era public health rule to quickly turn migrants away without the option to seek it.

The new process, intended to deliver a decision within months instead of the years it currently takes via the immigration court system, will apply to a “few hundred” migrants a month, administration officials said.

The policy’s immediate effect is likely to be minimal, dwarfed by vast backlogs in the immigration system and a recent surge of migrants at the border, and it is far from a broad restoration of access to asylum, which was curtailed during the Trump administration and again during the pandemic. But if the Biden administration continues with its plan to roll out the policy in phases, it could represent the leading edge of what some experts see as the most sweeping change to the asylum process in a quarter-century.

“Individuals who qualify for asylum will receive protection more swiftly, and those who are not eligible will be promptly removed rather than remaining in the U.S. for years while their cases are pending,” Alejandro N. Mayorkas, the homeland security secretary, said in a statement on Thursday. “We are delivering justice quickly, while also ensuring due process.”

The new plan, which went through months of formal review and public comment, is President Biden’s first significant policy aimed at improving the asylum system, which he pledged to restore after its four years of decline during the Trump administration.

The plan’s modest rollout comes during a period of record high migrant crossings along the southwestern border, as people from countries around the world have fled poverty and violence over the past year, and particularly over the past month. Some of those migrants have been allowed into the country to face removal proceedings under the existing process, but more have been swiftly expelled under a public health rule known as Title 42, which has been in place since the beginning of the pandemic.

Of the more than 700,000 people released into the United States since Mr. Biden has been in office, most will be added to backlog of more than 1.7 million cases in the immigration court system. Outside of the few hundred asylum cases a month that will employ the new application process, the rest will continue to wend their way through the traditional process in the immigration courts.

The migrants selected to be routed using the new process will come from a very specific subset. It includes migrants who are placed in a special category that gives immigration officials the authority to expel people without a hearing, known as expedited removal; are being held in one of two immigration detention centers in Texas; and have plans to move to Boston, Los Angeles, Miami, New York, Newark or San Francisco, the administration said.

Under the expedited removal process, border officials ask migrants if they are afraid to return to their own countries. Those who say they are get scheduled for what is known as a credible fear interview with an asylum officer.

Under the traditional system, migrants who pass those interviews join many others waiting in the United States, often for years, to appear before an immigration judge and officially apply for asylum. But under the new plan, migrants who pass the initial screening will then make their case to an asylum officer.

Immigration advocates have criticized the new policy for not providing enough due process for migrants to build an asylum claim and appeal denials. And conservatives have argued that asylum decisions should be made by immigration judges, not asylum officers. Texas filed a lawsuit against the new plan, but it will not affect the rollout on Tuesday.

The Department of Homeland Security did not say how many recent migrants have met the specific criteria for people eligible in the initial rollout. In April, 6,383 migrants were placed in expedited removal proceedings, according to federal data. That is just 2 percent of the total apprehensions at the border that month.

The administration had expected to stop using the public health rule this week and return to the normal immigration processes in place before the pandemic, which would have significantly expanded the number of people placed in expedited removal proceedings, and given them access to credible fear screenings. But a recent court order has forced the administration to keep the public health rule in place. The rule, intended to prevent the spread of the coronavirus, gives border officials the authority to expel undocumented migrants without giving them a chance to ask for asylum.

Another of the limited options for requesting asylum at the southwest border is through a Trump-era program that allows certain migrants to apply for asylum while they wait in Mexico until a decision is rendered. The Biden administration tried to end that program, calling it inhumane, but a court ordered that it be restored.