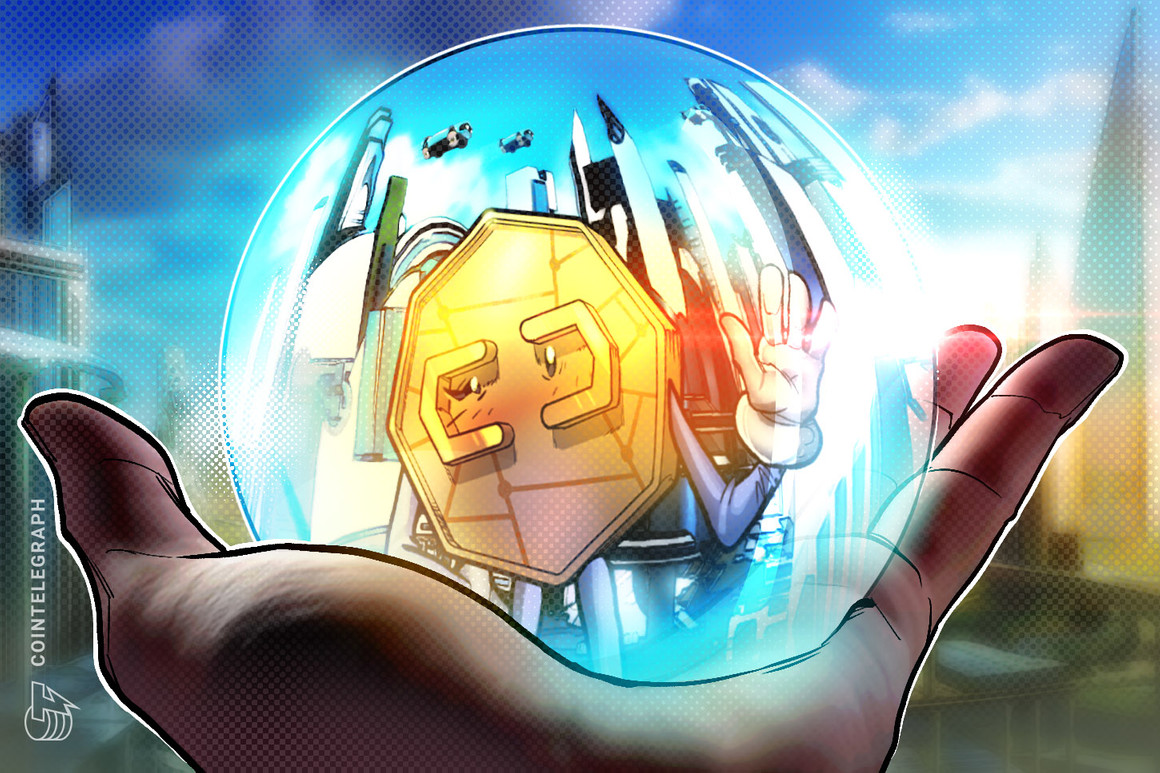 What will cryptocurrency look like in 2027? Here are 5 predictions

The year is 2027. It’s a time of great innovation and technological advancement, but also a time of chaos. What will the crypto market look like in 20

Cardano is now a top-three cryptocurrency as ADA worth soars 27% in 24 hours
NetCents Expertise Inc exceeds $5M in transactions in August, emerges as “the fee platform of selection” for cryptocurrency
Chainlink (LINK) Turns into the ‘Tesla’ of Cryptocurrency — What’s Subsequent?

The year is 2027. It’s a time of great innovation and technological advancement, but also a time of chaos. What will the crypto market look like in 2027? (For those unfamiliar, that’s a line from the 2011 video game, Deus Ex.)

Long-term predictions are notoriously difficult to make, but they are good thought experiments. One year is too short a period for fundamental changes, but five years is just enough for everything to change.

Here are the most unexpected and outrageous events that could happen over the next five years.

1. The metaverse will not rise

The metaverse is a hot topic, but most people do not have even the slightest idea of what it actually comprises. The metaverse is a holistic virtual world that exists on an ongoing basis (without pauses or resets), works in real-time, accommodates any number of users, has its own economy, is created by the participants themselves, and is characterized by unprecedented interoperability. A variety of applications could (in theory) be integrated into the metaverse, including games, video-conferencing applications, services for issuing driver’s licenses — anything.

This definition makes it clear the metaverse is not such a novel phenomenon. Games and social networks that include most of the features stated above have been around for quite some time. Granted, interoperability is a problem that needs to be addressed seriously. It would have been a very useful feature to be able to easily transfer digital assets between games — or a digital identity — without being tethered to a specific platform.

But the metaverse will never be able to cater to every need. There is no reason to include some services in the metaverse at all. Some services will remain isolated due to the unwillingness of their operators to surrender control over them.

The “metaverse” is going to happen but I don’t think any of the existing corporate attempts to intentionally create the metaverse are going anywhere. https://t.co/tVUfq4CWmP

And there is also the technical aspect to take into account. The cyberpunk culture of the 1980s and 90s postulated that the metaverse meant total immersion. Such immersion is now conceived as possible only with the use of virtual reality glasses. VR hardware is getting better every year, but it’s not what we expected. VR remains a niche phenomenon even among hardcore gamers. The vast majority of ordinary people will never put on such glasses for the sake of calling their grandmother or selling some crypto on an exchange.

True immersion requires a technological breakthrough like smart contact lenses or Neuralink. It is highly unlikely those technologies will be widely used five years from now.

An active decentralized finance (DeFi) user is forced to deal with dozens of protocols these days. Wallets, interfaces, exchanges, bridges, loan protocols — there are hundreds of them, and they are growing daily. Having to live with such an array of technologies is inconvenient even for advanced users. As for the prospects of mass adoption, such a state of affairs is all the more unacceptable.

For the ordinary user, it is ideal when a maximum number of services can be accessed through a limited number of universal applications. The optimal choice is when they are integrated right into their wallet. Storing, exchanging, transferring to other networks, staking — why bother visiting dozens of different sites for accessing such services if all the necessary operations can be carried out using a single interface?

Users don’t care which exchange or bridge they use. They are only concerned about security, speed and low fees. A significant number of DeFi protocols will eventually turn into back-ends that cater to popular wallets and interfaces.

3. Bitcoin will become a unit of account on par with the U.S. dollar or Euro

Money has three main roles — acting as a means of payment, as a store of value and as a unit of account. Many cryptocurrencies, primarily stablecoins, are used as a means of payment. Bitcoin (BTC) and — to a much lesser extent — Ether (ETH) are used as stores of value among cryptocurrencies. But the United States dollar remains the main unit of account in the world. Everything is valued in dollars, including Bitcoin.

The real victory for sound money will be heralded when cryptocurrencies take over the role of a unit of account. Bitcoin is currently the main candidate for this role. Such a victory will signify a major mental shift.

Wheat up 43% in the first 5 months this year

What needs to happen in the next five years to make this a possibility?