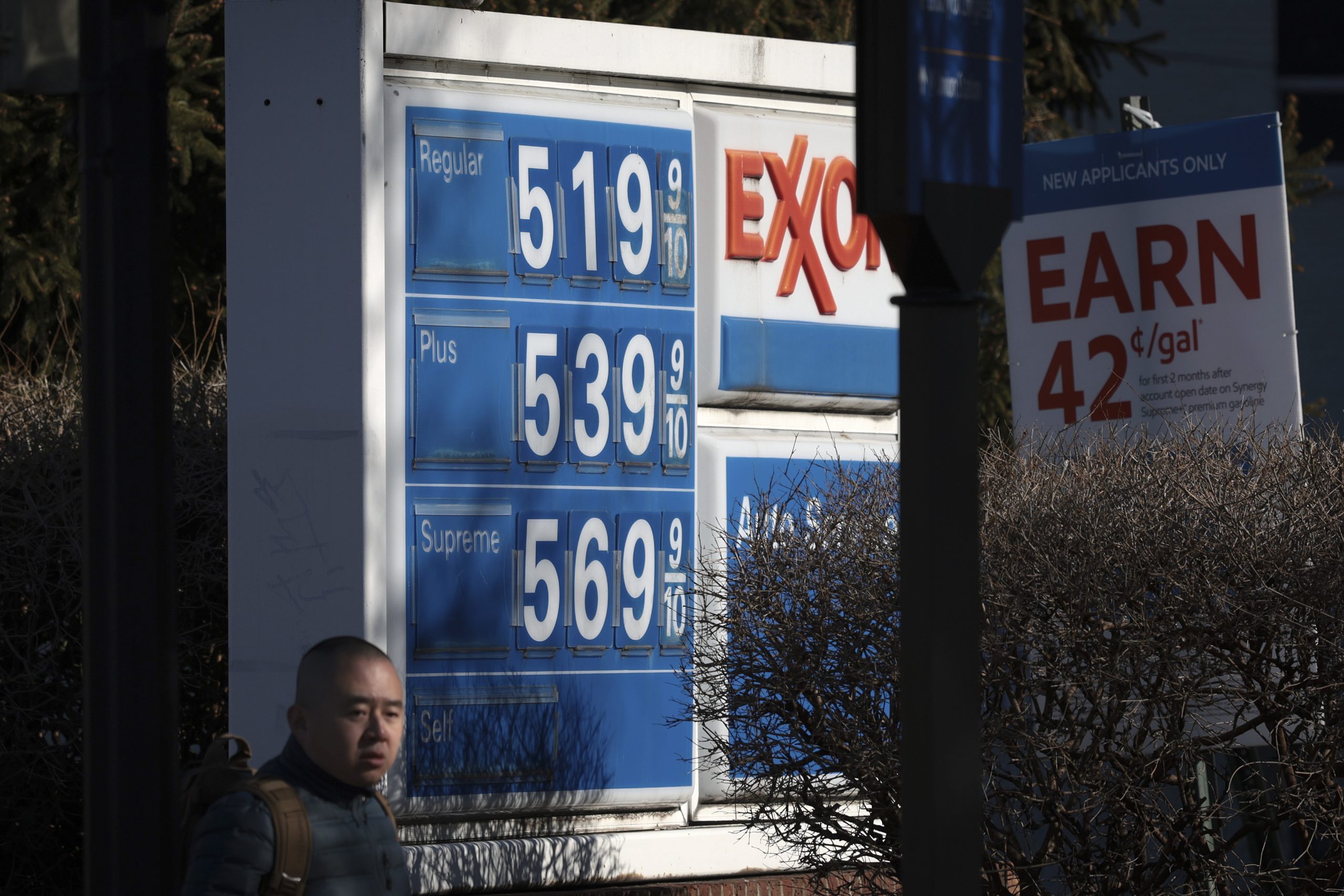 Biden faces a ‘crisis with prices at the pump,’ but no easy answers

With retail gasoline prices hovering above $4.20 a gallon nationally, Biden announced a massive release of 180 million barrels of crude oil from the

With retail gasoline prices hovering above $4.20 a gallon nationally, Biden announced a massive release of 180 million barrels of crude oil from the Strategic Petroleum Reserves — a million barrels a day for six months — to ease the market tightness that was worsened with Russia’s invasion of Ukraine. The release is the third in the past five months and would be by far the largest amount ever injected by the U.S. government into the market, amounting to about 5 percent of daily demand.

“We have a crisis with prices at the pump,” Biden said at a press conference. Though quantifying the impact of the new oil release on prices was difficult, Biden said it could knock 10 to 35 cents off the price of a gallon of gasoline — but not for several days or weeks, as the new supplies filtered into the market.

Oil markets reacted quickly when news of the oil release emerged. U.S. crude oil futures shed more than $7 to fall to about $100 a barrel, well below the recent high near $124 hit early this month. It’s not clear whether prices will extend that drop or if the effect will be temporary, as it was for the previous two crude oil releases.

Rachel Ziemba, senior fellow at the Center for New American Security, a think tank focused on national security issues, said Biden and Congressional Democrats are desperately trying anything that can lower prices in the short term until a long-term fix is in.

“This is an attempt to buy time, change the narrative,” Ziemba said of the oil release. “It’s a difficult balancing act. There’s not a lot of great options.”

But the crude release is not the only thing Biden and Democrats are pushing to try to calm drivers’ anger. Biden has blamed oil companies for their slow reaction to the energy market distress, and he called on Congress to penalize oil companies that don’t drill on the federal lands they have already leased. And the administration is looking to waive regulations to allow more ethanol to be blended with gasoline.

Biden also announced he would use wartime measures to try to increase domestic production of critical minerals used in batteries for electric vehicles rather than continuing to import them from countries like Russia and China. That’s part of his effort to drive a transition away from fossil fuels, but one that will take years to come to fruition.

And the administration has jawboned OPEC nations in the Middle East in an unsuccessful bid to get them to raise their own oil production, a move that drew mockery from Republicans who have sought to blame Biden’s climate change policies for the high energy prices and accused him of favoring supplies foreign, sometimes hostile, regimes over U.S. oil.

Democrats on the hill welcomed the crude oil release but were wary of predicting its success.

“Will it solve the problem completely? No. Will it help? Yes. How much will it help? We have no way of knowing precisely, but it’s a step in the right direction,” said Sen. Richard Blumenthal (D-Conn.), adding that “the solution at the end of the day is less dependence on dictators, more reliance on renewables, but in the short term the laws of supply and demand have to be respected.”

Maine Independent Sen. Angus King noted the large size of the release could make it more successful than previous efforts.

“Prices are determined by supply, and it’s not an insignificant addition to supply. So, in combination with other things, it might work,” he said.

Biden added that the only long-term solution was for Congress to pass legislation that would increase funding for renewable energy and electric vehicle production — measures that hit roadblocks among moderates in his own party. He also touted his administration’s work to lift fuel efficiency standards to 49 miles to the gallon.

“Look, I know gas prices are painful,” Biden said. “I get it. My plans are going to help ease that pain today and safeguard against it tomorrow.”

Meanwhile, Congressional Democrats have thrown out such ideas as banning oil exports and temporarily suspending the federal gasoline taxes. Those plans have so far gone nowhere, but they show how desperate the party is to ease the pain consumers feel when they see the signs at gasoline stations — the one near-universal sign of inflation many Americans see daily.

Presidents from either party are generally powerless to make short-term changes to fuel prices. Oil and fuel markets are essentially spiderwebs registering vibrations from all over the globe, whether they come from U.S. companies mothballing drill rigs when the pandemic forced people to stop commuting to work, or European trading companies forgoing Russian oil cargoes to keep a safe distance from financial sanctions.

But all of this is coming to a head as gasoline prices, which have been climbing since late last year, are only slightly down from the record-high of $4.33 a gallon reached earlier this month. And as the November elections loom increasingly closer, 30 percent of Americans say inflation is the most urgent issue the country is facing, according to a recent Quinnipiac poll.

That survey showed 41 percent of respondents blamed Biden for the rise in gasoline prices, while about a quarter saw the war in Ukraine and sanctions against Russia as the culprit. Most of those who blame Biden were Republicans, with 82 percent pinning pump prices on him.

The announcement of the crude oil release shows how few options the White House really has. Releasing 1 million barrels a day for six months would be by far the largest release in the Strategic Petroleum Reserve’s nearly five decades of existence. The previous record came in November when Biden authorized a release of 50 million barrels.

The overall impact is especially ironic given that Biden came into office promising to reduce America’s addiction to fossil fuel, consulting firm ClearView Energy said in a research note. And he’s not the first to see his energy policies turned on their head. President Barack Obama campaigned on green credentials while oil production boomed under him, and President Donald Trump’s attempts to roll back environmental regulations resulted in states strengthening their own green energy policies.

“And President Biden, who campaigned (and won) on an ambitious climate platform, may be on track to generate a bigger carbon footprint from the combustion of government strategic oil than all previous presidents combined,” ClearView analysts said in their note.

U.S. oil output is expected to reach 12 million barrels a day this year, an increase of one million barrels from the year before and nearing pre-pandemic levels. But the administration on Thursday said it would now ask Congress to penalize oil companies that are leasing federal land but not producing oil on them.

“We think these companies need to be stepping up,” a senior administration official said on a background call with reporters to explain Biden’s latest plans on energy. “There is nothing standing in their way.”

Republicans were quick to criticize Biden’s plans for the oil release which came as the Commerce Department announced that prices for everything besides energy and food grew 5.4 percent in February compared to a year ago.

“It’s another Biden gimmick,” Senate Energy and Natural Resources Ranking Member Sen. John Barrasso (R-Wyo.). “They are trying to do anything they can because they know the new inflation numbers that came out today are very bad for the administration. The president is desperate.”

Josh Siegel contributed to this report.