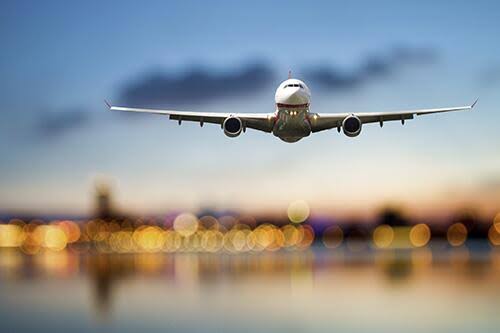 By Chinelo Obogo, [email protected]    Airport infrastructure has been a sore point of discourse in the Nigerian aviation industry. Are yo

Airport infrastructure has been a sore point of discourse in the Nigerian aviation industry.

Are you a Man 40 yrs and above? Do not miss the Vital Information, it goes off in 2 days! CLICH HERE to READ .

This is so because aside some international airports, many of the country’s airports are not viable due to lack of sufficient infrastructure even as domestic airlines have long urged the government to ensure that the airports have necessary infrastructure to ensure profitable operations.

Besides infrastructure, Nigeria’s  aviation industry  has been grappling with several challenges including the astronomical rise in  cost of jetA1 fuel, scarcity of forex and double digit inflation among others. To explore the way forward for the industry, the Federal Airport Authority of Nigeria (FAAN) recently held a National Aviation Conference (FNAC) with the theme: ‘Advancing the Frontiers of Possibilities for Safe, Secure and Profitable Air Transport’, in Abuja from Wednesday, June 15 to Thursday, June 16.

The conference which was funded by FAAN was an avenue to discuss, evaluate, analyse and synergise for the advancement of the aviation industry in Nigeria. At the conference, the Minister of Aviation, Hadi Sirika, said there was no going back on the implementation of the aviation roadmap projects which include: Maintenance Repair and Overhaul (MRO) Centre; Aviation Leasing Company (ALC); Agro-Allied Cargo Terminals; Aerotropolis or Airport City; National Carrier; Africa Aerospace and Aviation University (AAAU); second Runway of the Nnamdi Azikiwe International Airport, Abuja, amongst others.

During  the conference, Airline Operators of Nigeria (AON) alerted that no less three domestic airlines may shut down operation in the coming months due to the increasing cost of aviation fuel, with price of the product at about N714 per litre in some airports.

The AON Vice Chairman, Allen Onyema, who refused to name the airlines said that the aviation fuel challenge was not limited to Nigeria alone, pointing out that the country’s case  was rather worsened by  the slump of naira against major currencies, especially the dollars.

Daily Sun had earlier reported how Asset Management Corporation of Nigeria (AMCON) has been in the eye of the storm over its management of Arik Air and the 69-year-old Aero Contractors. Five years after both airlines were taken over by the Federal Government over their huge debt, they have continued to struggle financially raising fears of stakeholders over their survival.

Last month, the National Union of Air Transport Employee (NUATE) and the Air Transport Senior Staff Services Association of Nigeria (ATSSSAN), alleged that there were plans to liquidate Aero Contractors and dispose off its assets. It also accused the management of the airline of planning to cut down its staff strength by 40 percent without first negotiating terms of redundancy packages with staffb despite its inability to complete redundancy payment of those sent parking since 2016. On Arik Air for instance , the unions accused the management under AMCON of signing a lease agreement with the House of 5A, a lessor that they claim was chased out of Aero Contractors. They alleged that there were evidence of collusion between the management of Aero and Arik Air and that it can say authoritatively that, like in Aero, the House of 5A’s have been gifted Arik’s lucrative routes of Lagos/Abuja/Lagos, Abuja/Port Harcourt/Abuja, and Abuja/Kano/Abuja based on the released schedule. They warned that Arik will soon run into ‘financial bad weather’ as to be unable to pay salaries.

One of the major decisions Arik Air took which caused its finances to nosedive was the purchase of two A340-500 aircraft costing millions of dollars, which became commercially unviable by the time the airline took delivery of the planes. At that time, the value of the naira had crashed and the airline was unable to repay the lease as the aircraft could not generate enough revenue to offset its operational cost.

The airline kept struggling and its finances was in the red. In February 2017, AMCON took over and Mr. Kamilu Omokhide was appointed as its Receiver Manager with the responsibility to turn its fortunes around.  At its peak, the airline had over 30 serviceable aircraft in its fleet with about 3,000 workforce. But by December 2017 when AMCON took over, it was already down. Arik Air itself which had about 10 aircraft at the time AMCON took over is now down to five, and its workforce has been downsized as well. At the time AMCON took over, the airline didn’t have operational funds, its insurance premium had expired and it was neck deep in foreign and local debts with a backlog of unpaid salaries and charges.

Scarcity of Forex has been a major challenge for the aviation industry as all airlines, ground handlers and service providers have lamented how this is affecting their operations. The Vice Chairman, Aviation Ground Handling Association of Nigeria (AGHAN), Mr. Bashir Ahmed, said at the conference that the scarcity of foreign exchange has hindered the operations and expansion of ground handling businesses in Nigeria. He appealed to the Federal Government to take a critical look at the challenges in the industry and device a mean to addressing them.

In an exclusive interview with the Managing Director and Chief Executive Officer of Skyway Aviation Handling Company (SAHCO), Mr. Basil Agboarumi, he told Daily Sun last year that the Federal Government must to realise that as an essential part of aviation business, ground handling companies also need intervention funding having been hamstrung by the huge charges  they are paying to import equipment and the difficulties they face in sourcing forex.

He said: “The most pathetic thing about our business is that we do not get custom duty waivers for equipment importation like what the Federal Government did for the airlines. It is so pathetic that when people talk about aviation, they only talk about airlines without knowing that there are very critical aspects of aviation, which is why when you talk about flight delays and you don’t have the right equipment on ground, it affects operations. We believe that whatever the airlines are benefiting from the Federal Government should be extended to ground handling companies because we source our equipment and machines from the same market. The aircraft is very costly just like our equipment are also very costly. Without insurance the airlines cannot operate and without insurance, ground handling companies cannot operate as we both submit our records to the NCAA to ensure that we are fully insured.

“In 2020, we spent more than N38 million to clear one equipment and in 2021, we spent almost N69 million to also clear another equipment and this doesn’t include the cost of purchase and shipping. It is so expensive because when customs comes up with their ratings, you would have to pay unless you want to ground your business and that is why we are appealing to the government to grant us import waivers just like they granted the airlines.”

“That is why we ran to the government and the Federal Government has given us about 10,000 metric tonnes of fuel at the cost of N580 per litre in Lagos and about N607 per litre outside Lagos. This is not the only issue. Since the COVID-19 crisis, most airlines all over the world, including Nigeria have not recovered except those whose countries have injected so much funds to assist them. This is no body’s fault. It just happened. Government has tried its best by giving us this aviation fuel. This aviation fuel can take airlines out, not only in Nigeria but everywhere in the world. Some airlines outside Nigeria have closed down because of the effects of rising aviation fuel. If these things are not addressed in Nigeria, it can affect the bottom line of all airlines in Nigeria,” he said.

A representative of aviation fuel marketers, John Abegunde, while speaking, appealed to the government not to step into the commercial related issues in aviation fuel supply, warning that this major jeopardise safety in the system.

Abegunde explained that FAAN, NCAA and other government agencies should rather be more concerned about the stringency of the aviation fueling requirement. “We should be wary of portfolio investors who come in when there are opportunities in the sub-sector, but moves out with their briefcases immediately there is a challenges,’’ he said.

One of the components of the Federal Government’s aviation road map is the establishment a Maintenance, Repair and Overhaul (MRO). At the conference, the FAAN MD, Capt. Rabiu Yadudu, said Nigeria lost at least $2.5 billion (about N1.25 trillion) in the maintenance of its aircraft to foreign Maintenance, Repair and Overhaul (MRO) facilities in 2021. He said that such capital flight would have been saved if the country had viable MRO facilities that could adequately cater for all types of aircraft. To carry out C-checks on Boeing 737 aircraft or its category which is done every 18 months, airlines spend at least $1.8 million. It should however be noted that airlines like Aero Contractors and 7Star own MROs.

Yadudu said:  ‘’It was reported that Nigeria lost $2.5 billion (about N1.25 trillion) in MRO investments to neighbouring countries. Having such investments here would have created more employment opportunities for Nigerians, revenue generation and training of technical personnel for maintenance of aircraft.”

Daily Sun had earlier reported that the FG’s Public Private Partnership (PPP) deal that will see the establishment of an aviation leasing company and MRO facility has reached its final stage as the Full Business Case (FBC) has been presented to the Project Delivery Team (PDT) for deliberation in Abuja.

The mandate of the PDT is to drive the PPP process from inception to conclusions and to monitor its implementation in line with the Infrastructure Concession Regulatory Commission (ICRC) guidelines. A reliable industry source confirmed to Daily Sun that all the major steps required to complete the deal have been carried out by the PDT and that in two years, the industry will have a world class MRO, which will be of huge benefit not just to Nigeria but to other African countries.

“The first step to carry out this type of project is to advertise for bidders, which was done. When the bidders indicated interest, they all made their submissions and the preferred bidder was selected. The government drafted the contract which was sent to the preferred bidder to go through, make any corrections and submit back, then the government would prepare the Full Business Case which would be sent to the ICRC for certification. After that, it would be submitted to FEC and if it is approved, the project would start. The stage in which the PPP is now is that the contract draft has been done, it has been sent to the preferred bidder, and they acknowledged, made their own input and returned it. It is going to be Build, Operate and Transfer. They build, operate for some years and transfer ownership back to the government.

“The PDT did its due diligence by visiting the preferred bidder’s headquarters in the UK where they say they have their facility and the team was very satisfied with what they saw there. After the agreement is approved, the bidder has two years to commence and complete the project. So, we can say that the agreement has reached the final stages,” the source said.

Partner with me, let’s get you making N500K to N500K a month! Skills open the doors to financial opportunities Click here to learn it .