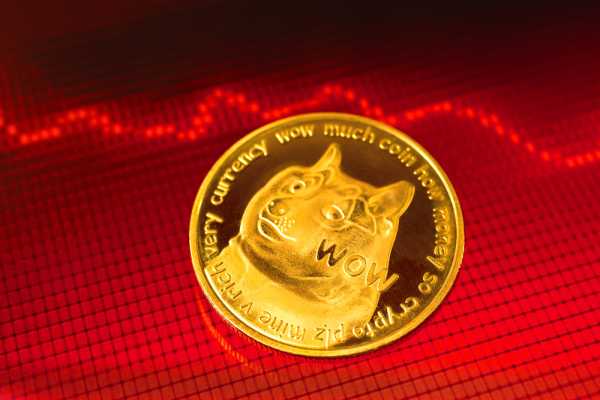 As a typical Friday turned into a bloodbath for cryptocurrency HODLers, the global crypto market cap fell to $1.82 trillion, a 10.86% decline over the

As a typical Friday turned into a bloodbath for cryptocurrency HODLers, the global crypto market cap fell to $1.82 trillion, a 10.86% decline over the last day. While most of the market was painted in red some altcoins like the OG meme coin DOGE dipped steeply losing almost 22% price in just a day.

Dogecoin registered one of the steepest dips in price as the meme token fell from $0.156 to $0.121 on January 22. On the weekly chart, the asset was down almost 32.27% as the price freefall continued.

Dogecoin reached its lowest price level since April 2021, falling under $0.128 at the time of writing. In April last year when the meme-coin mania took over the market Dogecoin’s price rallied from about $0.07 to $0.40 within a fortnight as social sentiment for the altcoin noted highly positive values.

On the lower time frame chart, Dogecoin continued making lower lows with no signs of a slowdown are present. Notably, the coin began the year trading at less than one penny per token before quickly gaining social and retail attention and rallying to an all-time high of $0.74 on 8 May 2021.

That said, DOGE’s Relative Strength Index took a tumble entering the oversold zone yet again. Amid larger market sell-offs as Bitcoin traded at $35,485 noting an 8.12% daily fall in price the rest of the market followed suit.

DOGE was created as a joke in 2013, but the altcoin’s market cap reached a staggering $88.68 billion in May 2021 as millions of new investors flooded into cryptocurrency. In fact, Dogecoin’s many fans included high-profile names such as Mark Cuban and Elon Musk. The Tesla boss even played a key role in fueling DOGE rallies but even social support has failed to act in Dogecoin’s favor of late.

Of late, Dogecoin has also garnered some criticism from market players and analysts. More recently as highlighted in a recent article, Jim Kramer, the one-time hedge fund manager and long-time host of CNBC’s ‘Mad Money,’ had warned investors that they should be careful of Dogecoin.

For now, DOGE’s trajectory looked rather bearish but so did the larger market as panic selling continued and investors seemed to exit their position.