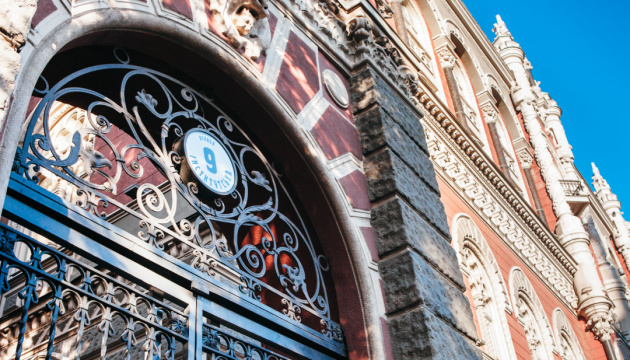 Ukraine’s foreign exchange reserves cut to $22.4B as of Aug 1

As of August 1, 2022, Ukraine’s foreign exchange reserves came to $22.385 billion. The relevant statement was made by the National B

The relevant statement was made by the National Bank of Ukraine (NBU), an Ukrinform correspondent reports.

In July 2022, Ukraine’s foreign exchange reserves reduced by 2% due to the National Bank’s interventions and payments under domestic foreign exchange obligations of the state, which were mostly compensated for by foreign currency borrowings in favor of the government.

In the foreign exchange market, the NBU sold $2,117.0 million and bought $922.0 million to replenish reserves. At the end of July, the balance of interventions implemented by the NBU was negative, totaling $1,195.0 million. The decline in the net sale of foreign currency resulted mainly from the official exchange rate of the Ukrainian hryvnia against the U.S. dollar adjusted by 25% since July 21, 2022 (to UAH 36.51 for the U.S. dollar).

As the new official exchange rate was established, the net demand for individual cashless transactions significantly reduced. From July 22 until the end of the month, the net supply of $40 million to $70 million was recorded in the interbank foreign exchange market on a daily basis.

The reduction in monetary financing to UAH 30.0 billion in July (from UAH 105.0 billion in June) also contributed to reducing the pressure on foreign exchange reserves.

Meanwhile, the total amount of public debt service payments in foreign currency reached $677.0 million. A total of $630.0 million was transferred to service and repay domestic government bonds, and $47.1 million – to settle accounts with other creditors.

Also, the dynamics of foreign exchange reserves was affected by the revaluation of financial instruments due to changes in the market value and exchange rates. Last month their cost reduced by $107.9 million.

Currently, Ukraine’s international reserves cover 3.5 months of future imports, which is sufficient to fulfill the obligations of Ukraine and the current transactions of the Ukrainian government and the NBU.