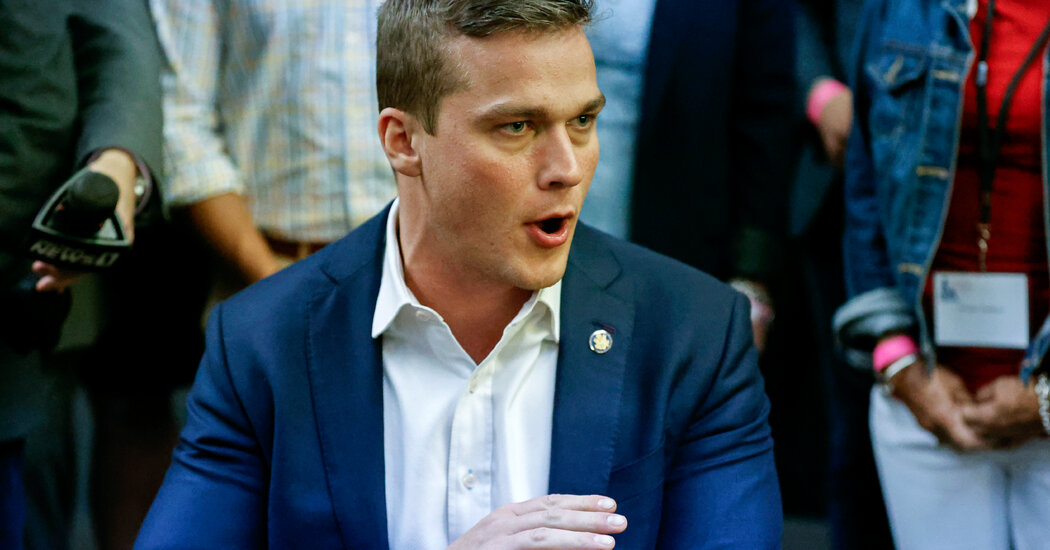 Chuck Edwards, a three-term state senator and business owner, has edged out Representative Madison Cawthorn in the Republican primary for a House seat

Luke Ball, a representative for Mr. Cawthorn, said late Tuesday that the congressman had called Mr. Edwards to concede.

The outcome served as a rebuke of Mr. Cawthorn, a right-wing firebrand and the youngest freshman in Congress, who was once seen as a rising star of the Republican Party.

It is also a significant victory for the old guard Republicans in North Carolina and Washington who in recent months had been feuding with Mr. Cawthorn over his personal and political errors and foibles.

Mr. Edwards, 61, has served in the state Legislature since 2016 and has built a staunch conservative brand by pushing measures to overhaul tax laws, enact a constitutional amendment for voter identification, and require county sheriffs to work with immigration enforcement agencies.

He entered the race with a natural constituency of traditional Republican primary voters, as well as endorsements from Senator Thom Tillis and most of the members of the Legislature in his district. Like Mr. Cawthorn, he was born and raised in rural Hendersonville, a city of 14,000 south of Asheville.

Mr. Edwards will now face Jasmine Beach-Ferrara, a Christian minister and organizer who is the Democratic nominee, for the House seat overseeing a largely rural and working-class Republican stronghold tucked against the Blue Ridge and Smoky Mountains.

Mr. Edwards’s triumph capped months of political turbulence for Mr. Cawthorn, 26, who faced an avalanche of bad press and political attacks from establishment Republicans at home and in Washington over his numerous run-ins with the law, childish behavior and sexual innuendo, and what his opponents described as a lack of political leadership.

The congressman needed to draw only 30 percent of the vote on Tuesday to avoid a runoff in a crowded field split among seven other challengers. He hoped to do so by heavily promoting the endorsement of former President Donald J. Trump.

But Mr. Cawthorn, who has been in a wheelchair since a car crash that almost took his life at 18, has struggled to overcome a series of old and new personal and political errors. He previously faced accusations that he had lied about key parts of his background and that he had been sexually and verbally aggressive toward women.

In recent months, he also has been accused of engaging in insider trading, charged with driving with a revoked license and stopped for trying to bring a gun through airport security — a second time. Photos and videos of him partying and emulating sexual antics circulated.

But perhaps most damaging was Mr. Cawthorn’s track record of missing important votes in Congress and his announcement last year that he would run in a new district near Charlotte, only to change his mind and return to his old district after the new district was redrawn and tilted Democratic.

It also changed the dynamics in the race, providing the opening that Mr. Edwards and Michele Woodhouse, the elected Republican chair of Mr. Cawthorn’s district and once one of Mr. Cawthorn’s staunch supporters, needed to jump into the electoral contest.

One of Mr. Edwards’s tag lines was “Always for the mountains,” a jab at Mr. Cawthorn for moving away.