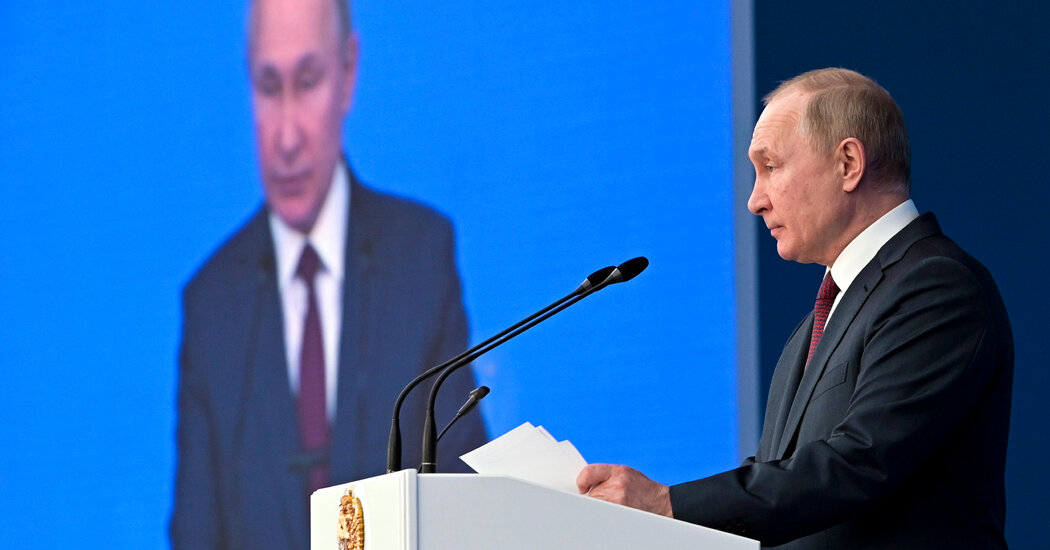 WASHINGTON — The Biden administration accused Moscow on Friday of sending saboteurs into eastern Ukraine to stage an incident that could provide President Vladimir V. Putin of Russia with a pretext for ordering an invasion of parts or all of the country.

The White House did not release details of the evidence it had collected to back up its charge, though one official said it was a mix of intercepted communications and observations of the movements of people. In an email, a U.S. official wrote that “Russia is laying the groundwork to have the option of fabricating a pretext for invasion, including through sabotage activities and information operations, by accusing Ukraine of preparing an imminent attack against Russian forces in eastern Ukraine.”

The official, who described the intelligence on the condition of anonymity, added that in the assessment of U.S. intelligence officials, “the Russian military plans to begin these activities several weeks before a military invasion, which could begin between mid-January and mid-February. We saw this playbook in 2014 with Crimea.” Russia annexed Ukraine that year.

The release was part of a strategy to try to prevent the attacks by exposing them in advance. But without releasing the underlying intelligence — some of which has been provided to allies — the United States opens itself up to Russian charges that it is fabricating evidence. In past years, Russia frequently recalled the deeply flawed intelligence case the United States built for invading Iraq, as part of an effort to discredit the C.I.A. and other American intelligence agencies as political operatives.

The official said that the United States had “information that indicates Russia has already pre-positioned a group of operatives to conduct a false-flag operation in eastern Ukraine,” where Russian-backed forces have been fighting a grinding war of attrition with the Ukrainian government. The operatives “are trained in urban warfare and in using explosives to carry out acts of sabotage against Russia’s own proxy forces.”

The U.S. accusation also embraced disinformation operations, charging that in the media “Russian influence actors are already starting to fabricate Ukrainian provocations in state and social media to justify a Russian intervention and sow divisions in Ukraine.” Those include, the official said, “emphasizing narratives about the deterioration of human rights in Ukraine and the increased militancy of Ukrainian leaders.”