The West Virginia centrist, who chairs the powerful Energy Committee, recently reopened the door to a smaller reconciliation package by publicly offe 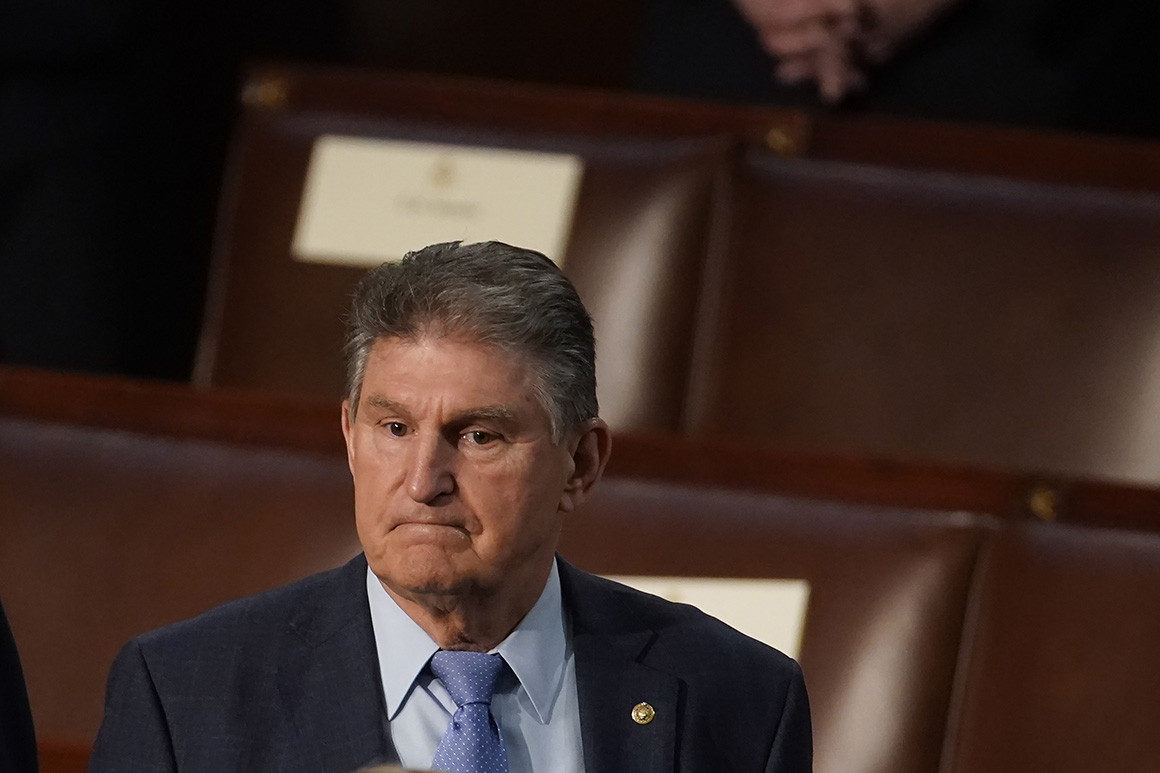 The West Virginia centrist, who chairs the powerful Energy Committee, recently reopened the door to a smaller reconciliation package by publicly offering a framework to address climate change using tax breaks to a push a bevy of clean energy technologies while also rolling back Republicans’ 2017 tax cuts and reforming prescription drug pricing.

“If [Manchin] wants some increase for short-term production for the broader package of $500 billion on renewables, I am open to that,” said Rep. Ro Khanna of California, a deputy whip in the Congressional Progressive Caucus. “It’s not ideal for the climate, but I am not comfortable with Americans paying 6, 7 bucks for gas.”

Manchin hasn’t explicitly said he would seek to include pro-fossil fuel policies in exchange for reengaging on a new climate and clean energy package. And many of the moves he’s pushed would come under the purview of the Biden administration and would be unlikely to be included in reconciliation legislation.

But voters’ frustration with high energy prices and the likelihood that Democrats will lose control of the House in November’s midterm elections have made progressives more open to a deal to salvage what could be their only foreseeable legislative path for climate action. The party only holds a three-seat House majority.

“The reality is we don’t have the votes to do everything we want,” said Rep. Donald McEachin (D-Va.), a member of the House Climate Crisis Committee. “So compromise is called for. Is it the compromise I would like? No. But we have a saying in the Virginia legislature. Every now and again you have to swallow a toad. And this is swallowing a toad.”

Indeed, liberals who believe the best way to prevent petrostates such as Russia from driving up U.S. gasoline prices is to supercharge spending on clean energy to replace fossil fuels realize they’ll have to accept policies to boost oil and gas production in the short term.

“If we are saying that in this moment we need to stimulate the production of fossil fuel, that has to be tied to a longer-term move to prevent this from happening again,” said Rep. Katie Porter (D-Calif.), deputy chair of the Congressional Progressive Caucus. “I am willing to compromise. I am willing to negotiate. Americans are feeling it at the pump.”

Manchin’s office declined to comment on specific elements of any bill, but said he “is always willing to engage in discussions about the best way to move our country forward. He has made clear that we can protect energy independence and respond to climate change at the same time.”

Many on the left have backed Biden’s call for U.S. oil companies to increase their output to combat high prices — even though that production will drive up greenhouse gases — along with his partnership with the European Union to send more natural gas to the continent through 2030.

And some, wary of inflation weighing on Biden and Democrats’ poll numbers, are even promoting their own ideas that would boost demand for fossil fuels in the near term.

For example, Khanna, Porter and other progressives have introduced legislation that would tax large oil companies for the huge profits they are reaping from surging crude prices, a policy they say would incentivize more drilling and bring down prices and resulting tax burden.

Progressives including McEachin and Porter are also pushing to provide rebates or direct payments to consumers to help offset high gas prices, an idea backed by House Speaker Nancy Pelosi that could drive up fuel demand.

“It is unfortunate we have to do that, but the time demands action and the American people are certainly deserving of action,” McEachin said.

Some progressives, though, are reluctant to weigh in on Manchin’s broad framework until he provides more details on what he wants.

“We don’t have a proposal on the table to respond to,” said Rep. Pramila Jayapal (D-Wash.), the chair of the Congressional Progressive Caucus.

Jayapal acknowledged the current problem of high energy prices presents a “complicated situation” for liberals eager to accelerate climate action, but she suggested there are lines she won’t cross to help fossil fuels.

“We are trying to do as much as we can to focus on the transition and really pushing that, and we don’t want to respond to random suggestions from people who are putting forward things that wouldn’t get the votes in the House,” Jayapal said.

Manchin last month said he is open to supporting an “all inclusive” climate policy through the reconciliation process that doesn’t specifically penalize fossil fuels, but he didn’t make any promises.

Progressives are optimistic he would back hundreds of billions in expanded clean energy tax subsidies that were included in the now-defunct Build Back Better bill. Those credits were aimed mainly at wind and solar, but also support other technologies favored by Manchin, such as nuclear power, hydrogen, and carbon capture for use on coal and natural gas plants.

But as Europe’s energy crisis worsened and global oil and gas prices climbed, he has made more demands for fossil fuels, like calling for Biden to use the Defense Production Act, an emergency national defense law, to help domestic oil and gas and to complete the Mountain Valley Pipeline, a stalled project that would send natural gas through his home state of West Virginia to the East Coast.

Rep. Sean Casten (D-Ill.), a Climate Committee member, said he expects the clean energy incentives to be more powerful in the marketplace than whatever boost Manchin looks to give fossil fuels.

“I’ve been encouraged by Manchin saying he is broadly supportive of $550 billion in clean energy incentives, and generally speaking, anything we do to increase deployment of clean energy accelerates the transition away from dirty energy because clean energy is cheaper,” Casten said.

Rep. Jared Huffman of California, a member of the Progressive Caucus and Climate Crisis Committee, said there’s a limit to what kinds of policies he could stomach to win his vote on a clean energy package.

“This is not a situation where we are just going to support anything because we want to see something passed,” Huffman said. “It’s a non-starter for me to say I will do a bunch of pro-fossil fuel things.”

Rep. Mondaire Jones (D-N.Y.), a freshman progressive, predicted most of his colleagues are ready to deal.

“I have always been of the mind that we should shoot for the moon, but work pragmatically to pass the best thing that can get through the Senate. And the discussions underway right now are consistent with a perspective the vast majority of Democrats in the House Democratic Caucus have,” Jones said.